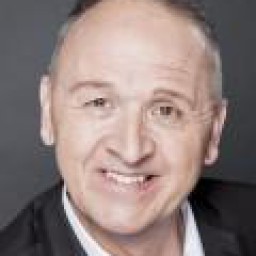 Lacking usual prep, a celebrity rapidly becomes normal. Strengths and weaknesses contrast strongly and executives can learn from the debrief. Having talent is not even a question.

On April 11th celebrated actor Tom Hanks hosted the "live" sketch comedy show Saturday Night Live. It was his 11th appearance in the role making him a veteran host. Under pandemic best practices, all the shows performers contributed from separate locations, generally their own houses or apartments. By most accounts the show was moderately successful. Yet more interesting than the comedy value was the novelty of a show assembled in electronic ether. As guest host, Mr. Hank's job was to open the show with some humor and topical relevance. Yet this time there was a shared crisis. How did that go?

SNL guest hosts vary widely in effectiveness. A top comedian such as Russel Brand (2/12/2011) can burn the house down. Hosts lacking comedic chops are assisted by regular cast walking (amusingly) on stage, by audience question stunts, etc. But this was a different world entirely. So how did our champion Tom Hanks fare while delivering from his kitchen? What did and didn't go well is oddly relevant for executives. Why? Because like executives - unlike almost any other scenario - Mr. Hanks had to deal beyond entertainment. He was addressing a concerned audience. Many of them wanted and needed some connection, some reassurance, and some leadership. And it seemed the writers and Hanks realized that fact. Further, Hanks was not only self-consciously in his own house, he lacked the usual seam-less coordination of a top level production like SNL.

Thus, reduced to mundane surroundings, cut off, and seemingly out of place, Hanks gamely soldiered on. Executives take note, this scenario is not so different from your many required pitches, pep talks, and briefings. Now we can learn from how a bona fida superstar handled that challenge. Here's how it went blow by blow. And we give commentary not with disapproval but with gratitude. Tom goes into an very off-balance situation and carries through fine. But the imperfections were showing. My hope is that every executive will pickup some pointers and encouragement as we do a coach’s review. Note that I'm reviewing the segment for helpful lessons and we should be aware that the end result was a collaboration between writer's, performer, camera work, musical, and director. And also note that it takes longer to review than it does to perform. That's why we do rehearsals! So... In the beginning...

Camera operator with professional flair pans from a close up on shelves of old typewriters over to Tom's kitchen. Hanks, staged several yards into the kitchen space, gives an elbow wave and advances into the center frame positioned between kitchen-land and the type-writers. By the way, we did not start with a “cold open.” It was all intro all the way.

NBC - yes this is the opening shot at Tom's house

Lessons for executives & presenters (and requesting forbearance from choreographers).

Tom Hanks, our proto executive greets the audience by matching the high-energy sound track with like energy. Pro move. Of course he did. Then it get's a little stumbly commenting on the crowd noise track. Energy down a bit. Is our speaker ok? Ready? Rapid Recovery: instead of thanking the crowd he thanks the engineers. Witty! Execs who forego speech practice notice how the energy can balance on a knife edge? Don't fall off.

Reality sets in. Tom is having a hands problem. At this point we know he's not comfortable and confident. Darn, just the situation we don't want in a performer. or in a leader. Why is a double Oscar winner conceivable uncomfortable? As discussed above he's in a bizarre setting and his message and expectations go beyond entertainment. There is no 4th wall. And he probably had none or only weak rehearsal.

What was the Shtick?

Due to preparation issue, the timing is off and steps are omitted. Tom never did get comfortable and his tone and delivery seldom felt natural. Execs don’t let this happen to you.

“Hey you cool cats and kittens” (being current with hip quote from “Tiger King,” – Netflix)

Something is still wrong. Hands are wringing and our friend Tom is rocking side to side nervously. Then a disconnect.

“Don’t worry now, don’t be afraid. This shaved head…” and he begins to stroke his perfectly buzz-cut head

But we were not worried! We had not really noticed his head. Yet now we’re being re-assured. We, the audience, are now watching the talent speak beyond us. He lost us.

Executive note: sometimes you will definitely want to say something reassuring to address a possible audience distraction. Advice: when addressing a potential distraction, you’ll need to announce the distraction before you explain it. The writing assumes that some of the audience might get concerned about his buzz-cut at some point so better explain it. So better to say, “A few people have notice my short hair. They worried maybe I was sick.” “Don’t worry…”  See how that works. It got skipped on SNL.

Then we go to America’s Dad, Canary in coal mine, and jokes about centigrade vs Fahrenheit, etc. …

The main take-away from the last half is to do the best you can, which Hanks does. But generally, humor is harder than most any other speech form so practice it. Untuned humor is usually not funny.  And, finally, this is what happens when your shtick is unpolished and doesn’t include idea repetition and audience connection. Our next post will detail all the ways you could have used prep to be better than Tom Hanks, bless his heart!

Prep and think through precisely the audience message path you intend. Notice how many different messages and/or purposes each segment is targetting. Tom's material was very busy and thus couldn't effectively entertain. For example in the initial going he had, hello, good applause, don't worry, my hair, shower, why me, austrailia /centigrade, older female actresses, buttons vs sweatpants, .... and on. That many details means the material is just expository, a book report. If you want more energy than a book report, Be simpler!

Dispose of distractions quickly!  (We saw how Tom struggled to find words for the sound effects.) When in doubt, simplify and move on! Cover any ambiguity with a flash of a smile and quick hand gesture. All the audience needs to know is that you processed the distraction, are not bothered, and are moving on. Be the leader they need. (Tom could have just said, "Great Crowd!" and raised his eyebrows.

Seize on what is good and great in your message, the occasion, the organization and celebrate that with sincere delivery! It will be ok. (We saw that Tom fell into lower energy as he was feeling off balance and maybe got locked into cue cards)

Bottom line: It's not the talent, It's not the venue. It's not even necessarily the words or message. When you need to knock it out of the park, begin with careful consideration of the audience. What are their concerns, what will they notice and what are they expecting? Then, go slower and repeat the points. If an item is fun, slow down, linger on the humor. Same if it's important. Reduce the details, stay with one big thing after another.

Roy Terry is the founder and principal consultant for Words & Presence, a leadership training and coaching practice in Silicon Valley, California.

Please log in again. The login page will open in a new tab. After logging in you can close it and return to this page.